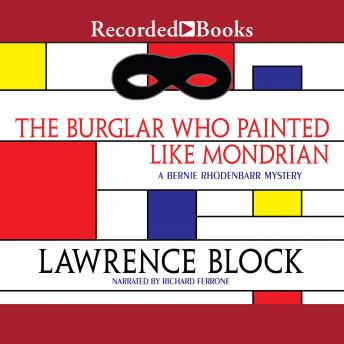 By day, Bernie Rhodenbarr runs a respectable used book store in New York City. But by night, he gets his kicks gaining illegal entry into the posh residences of the wealthy. In this wacky mystery, the incorrigible burglar pulls off a low-risk burglary, only to find himself up against an eccentric kidnapper with a taste for abstract Dutch art. When Bernie is offered the chance to appraise a Manhattan millionaire's private library, he jumps at the opportunity. After all, how often does he get a chance to check out the holdings of the rich and famous and get paid at the same time? But when he returns later to help himself to some plunder, he finds he's been framed for some very nasty crimes. Named a Grandmaster by the Mystery Writers of America, best-selling author Lawrence Block has won almost every major mystery award, including three Edgar and four Shamus Awards. His action-packed plot and irresistible characters, dramatically performed by Richard Ferrone, make this audiobook an irresistible work of art.