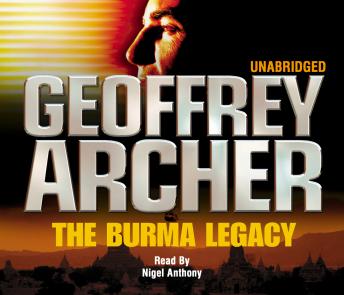 Sam Packer, hero of Firehawk and The Lucifer Network, has a new assignment that will combine all his diplomatic and survival skills. An aging, wealthy Japanese businessman, Tetsuo Kamata, wants to rescue an ailing British car company, but the moment the announcement is made, death threats are made against Kamata by a former prisoner-of -war, Peregrine Harrison,. who was tortured on the infamous Burma Railway. For the last five decades, Harrison has been the leader of a British-based cult. Packer can't believe that at the age of 77 Harrison has the strength or will to exact revenge, but he reckons without Harrison's cult adherents, one of whom is a ruthless ex-SAS operative now involved in drug smuggling in the Burma triangle. Packer learns that Kamata will be hit while visiting a new factory site in Burma and is flown out under cover to prevent a tragedy. Kamata is kidnapped and Packer is soon in the jungle, both hunter and hunted as he searches for the missing man and is tracked by his enemies. The Burma Legacy combines Geoffrey Archer's immaculate research with heart stopping action.