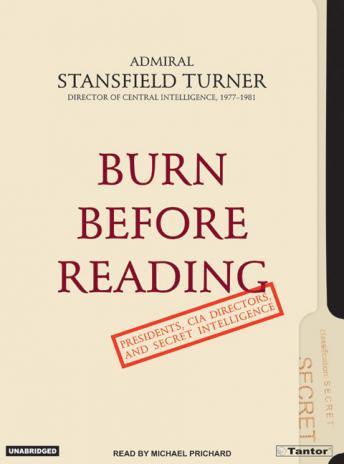 As never before, the American public is fascinated by how the United States government gathers intelligence. And there is no one better than Admiral Stansfield Turner, CIA Director under President Carter, to reveal the politics and personal issues that can interfere with how the President of the United States deals with the Intelligence Community and the CIA Director in particular.

In never before told anecdotes, Admiral Turner takes the reader inside the White House, into closed door meetings and tense discussions, showing the workings of the US government with a kind of understanding that comes from being an intimate of many high-level government officials, including ex-Presidents.