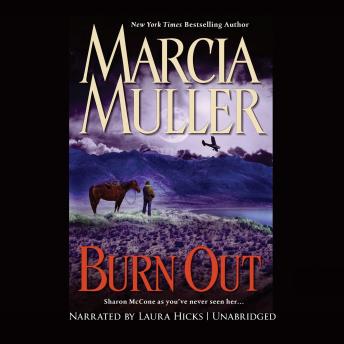 Traumatized by a recent life-or-death investigation, Sharon McCone flees to her ranch in California’s high desert country to contemplate her future. Deep depression shadows her days and nights, and a chance encounter with a troubled, highly secretive Native American woman begins to haunt her dreams. Even though she is determined not to investigate anything during her stay, McCone is drawn into the plight of the young woman and her dysfunctional family. A murder and traces of violence at a deserted resort lead her across the desert and into Nevada, and finally to a remote and isolated ranch, where danger lies closer than she expects...

“Muller’s series launched the modern hard-boiled female detective, and it has been setting a gold standard for the subgenre for more than thirty years. Fortunately, the end isn’t in sight quite yet.”--Booklist (starred review)