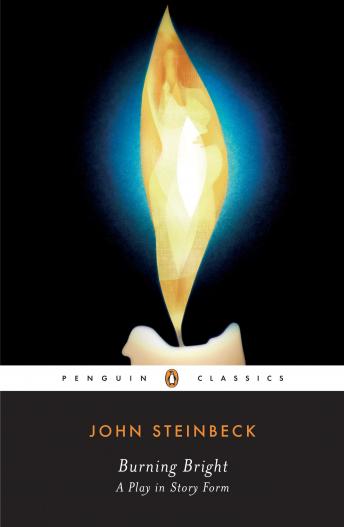 The last of John Steinbeck’s play-novelettes, Burning Bright was the author’s final attempt after 1937’s Of Mice and Men and 1942’s The Moon is Down to create what he saw as a new, experimental literary form.  Four scenes, four people: the husband who yearns for a son, ignorant of his own sterility; the wife who commits adultery to fulfill her husband’s wish; the father of the child; and the outsider whose actions will affect them all. In this turn on a medieval morality play, Nobel Prize winner John Steinbeck casts an unwavering light on these four intertwined lives, revealing in their finely drawn circumstances the universal contours of vulnerability and passion, desperation and desire. This edition features an introduction and notes for further reading by Steinbeck scholar John Ditsky.