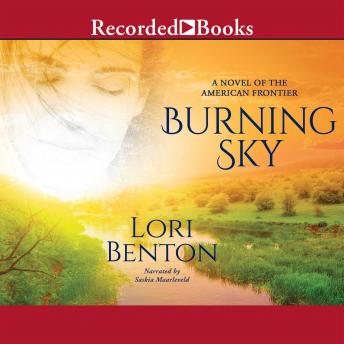 Burning Sky: A Novel of the American Frontier

'I remember the borders of our land, though I have been gone from them nearly half the moons of my life. But who there will remember me? What I have seen, what I have done, it has changed me. I am the place where two rivers meet, silted with upheaval and loss. Yet memory of our land is a clear stream. I shall know it as a mother knows the faces of her children. It may be I will find me there.' Abducted by Mohawk Indians at fourteen and renamed Burning Sky, Willa Obenchain is driven to return to her family's New York frontier homestead after many years building a life with the People. At the boundary of her father's property, Willa discovers a wounded Scotsman lying in her path. Feeling obliged to nurse his injuries, the two quickly find much has changed during her twelve-year absence-her childhood home is in disrepair, her missing parents are rumored to be Tories, and the young Richard Waring she once admired is now grown into a man twisted by the horrors of war and claiming ownership of the Obenchain land. When her Mohawk brother arrives and questions her place in the white world, the cultural divide blurs Willa's vision. Can she follow Tames-His-Horse back to the People now that she is no longer Burning Sky? And what about Neil MacGregor, the kind and loyal botanist who does not fit into in her plan for a solitary life, yet is now helping her revive her farm? In the aftermath of the Revolutionary War, strong feelings against 'savages' abound in the nearby village of Shiloh, leaving Willa's safety unsure. Willa is a woman caught between two worlds. As tensions rise, challenging her shielded heart, the woman called Burning Sky must find a new courage--the courage to again risk embracing the blessings the Almighty wants to bestow. Is she brave enough to love again? Show less

Burning Sky: A Novel of the American Frontier

This title is due for release on April 17, 2015
We'll send you an email as soon as it is available!