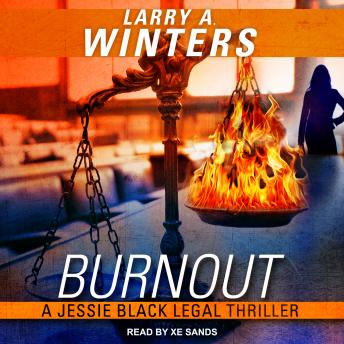 Written By: Larry a. Winters

Jessie Black's successful prosecution of a serial murderer and rapist put her on the path to stardom at the Philadelphia District Attorney's Office. Public defender Jack Ackerman represented the opposition, and his spectacular public breakdown after the trial put him in a mental institution and gave Frank Ramsey a second chance at freedom.

When Ramsey petitions the court for a new trial with a claim that Ackerman was ineffective, Black must step up to defend him. To keep a convicted killer off the streets, she'll need to prove Ackerman's sanity-a fact she's far from sure of. As she prepares for trial, powerful forces conspire to put Ramsey back on the streets.

Black has one chance to keep Ramsey behind bars, and it'll be the toughest fight of her career.

by Larry a. Winters