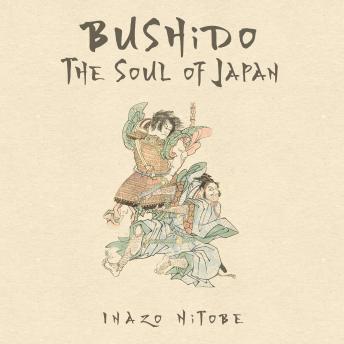 Bushido: The Soul of Japan

Nitobe Inazō (1862 –1933) was a Japanese agricultural economist, author, educator, diplomat and politician. His book, ‘Bushido; The Soul of Japan’ explains Samurai culture to a western audience. First published in English in 1900, ‘Bushido’ takes a look at the virtues associated with the warrior’s way: rectitude, courage, benevolence, politeness, sincerity, honor, loyalty and self-control. Identifying the roots of Bushido in Buddhism, Shintoism and Confucianism, he examines correspondences in Western philosophy, from modern thinkers down the ages through Greco-Roman culture all the way back to Biblical times. The author found many resemblances between the Samurai ethos and the spirit of medieval chivalry. 'Bushido' became an international bestseller, popular with intellectuals and statesmen, and has been translated into more than twenty languages.