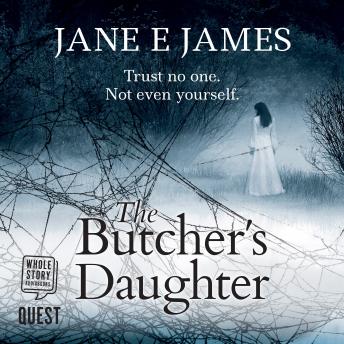 The Butcher's Daughter is a compelling psychological thriller which will appeal to fans of authors like Sheryl Browne, Nuala Ellwood and Teresa Driscoll.

When Natalie Powers returns home for the first time in thirteen years, she must convince everyone she has fully recovered from the mental illness, which has seen her institutionalised for most of her young life. But instead of being welcomed back, Natalie enters a baffling world of deception. In the village of Little Downey, everybody appears to harbour a mysterious secret, including her father, Frank, the village butcher, who refuses to discuss the circumstances surrounding Natalie's mother's disappearance, but who can Natalie trust if not her own father? Especially when it becomes clear her protector and confidante, Dr Moses, is not all he appears. Meanwhile, a spate of unexplained clifftop suicides has seen the seaside resort go into decline. Are the villagers somehow involved or is something more sinister at work?