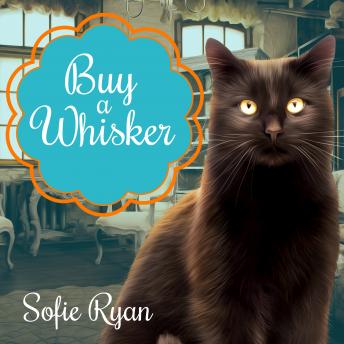 Things have been quiet in the coastal town of North Harbor, Maine, since Sarah Grayson and her rescue cat, Elvis, solved their first murder. Sarah is happy running Second Chance, the shop where she sells lovingly refurbished and repurposed items. But then she gets dragged into a controversy over developing the waterfront. Most of the residents-including Sarah-are for it, but there is one holdout-baker Lily Carter.

So when Lily is found murdered in her bakery, it looks like somebody wanted to remove the only obstacle to the development. But Sarah soon discovers that nothing is as simple as it seems. Now, with the help of her cat's uncanny ability to detect a lie, Sarah is narrowing down the suspects. But can she collar the culprit before the ruthless killer pounces again?