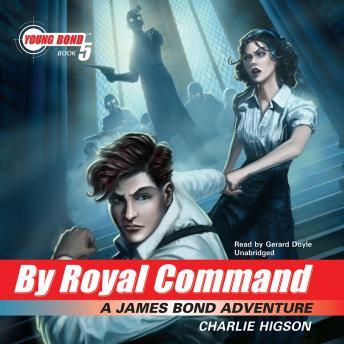 Following a treacherous rescue mission high in the freezing Alps, James Bond is preparing for life back at Eton. But James is under surveillance; his every move is being watched. He alone holds the clue to a sinister plot that will bring bloodshed and carnage to his school-and his country.
Forced to flee from Eton to Austria, James must leave behind everything he knows, with only a beautiful-and dangerous-girl by his side. Soon he is trapped in a deadly war of secrets and lies, as a nightmare reunion with a bitter enemy plunges him once more into the face of death. With nowhere to run and no one to trust, James will have to uncover the truth behind an evil plot before all is lost. Life for James Bond will never be the same again.