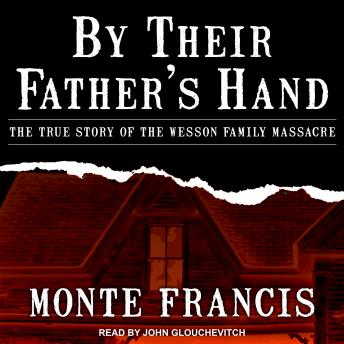 By Their Father's Hand: The True Story of the Wesson Family Massacre

Neighbors were unaware of what went on behind the tightly closed doors of a house in Fresno, California-the home of an imposing, 300-pound Marcus Wesson, his wife, children, nieces, and grandchildren. But on March 12, 2004, gunshots were heard inside the Wesson home, and police officers responding to what they believed was a routine domestic disturbance were horrified by the senseless carnage they discovered when they entered.

By Their Father's Hand is a chilling true story of incest, abuse, madness, and murder, and one family's terrible and ultimately fatal ordeal at the hands of a powerful, manipulative man-a cultist who envisioned vengeful gods and vampires, and totally controlled those closest to him before their world came to a brutal and bloody halt.

By Their Father's Hand: The True Story of the Wesson Family Massacre