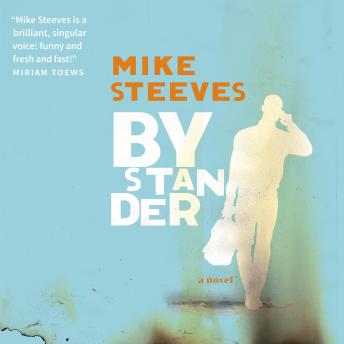 "I have never been faced with a moral crisis, let alone a matter of life or death."


Peter Simons doesn't spend much time at home in his apartment. Thanks to his job at a multinational company, he is often flying around the world, enjoying a life of luxurious solitude in five-star hotels. So when he returns after being away for nine months and notices a strange smell coming from his neighbour's apartment, he initially tries not to get involved, but when a body is discovered, Peter's carefully cultivated detachment begins to crumble. And when new people move into the vacant apartment, he gets caught up in a petty dispute that will bring him to the brink of moral ruin.


Bystander is a pitiless, bold work of intense psychological realism narrated by a professionally successful but socially bankrupt anti-hero who expects global connection and local anonymity. It excoriates the contingency of contemporary morality, and, at a time of growing isolation, forces the reader to examine what it means to be a good neighbour.

This title is due for release on June 30, 2022
We'll send you an email as soon as it is available!