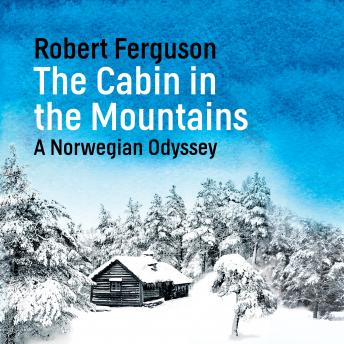 The Cabin in the Mountains

Turf-roofed and wooden-built, offering fresh clean air, peace, isolation and the promise of a day's wood-chopping, hiking or snow-clearing amid amid landscapes of great beauty, the hytte - or wooden cabin home - is a crucial part of the national identity of every Norwegian. In 2016, Robert Ferguson and his wife bought a piece of land high up in the Hardangervidda, the plateau that dominates south-central Norway, and on it they built such a hytte. For Ferguson, the hytte represented the realisation of a dream that first brought him to Norway from England more than thirty years ago. As the cabin takes shape he learns, through conversations with friends and cabin-builders, the cultural history of modern Norway. He learns of the changing traditions attached to these cabin homes for native Norwegians as they try to marry their new-found urban affluence to their past as a tight-knit, impoverished rural community-nation. Along the way he also describes the intense and mutually rewarding relationship that arose between the colonial Norwegians and their wealthy, imperialist British neighbours across the North Sea in the 19th and 20th centuries; how the British 'salmon-lords' showed them another way of looking at their great rivers, and how English climbers introduced them to a new way of thinking about their mountains.
'Scandinavians is a terrific read ... [It] reads like many 19th-century travel books, which also combined wonderful narrative description with bright speculation ... It's this approach that makes the book so thoroughly enjoyable' LITERARY REVIEW.

'Ferguson stretches wide the fabric of history, his knowledge and insights in the process bringing the varied stories of the Nordic people vividly to life' IRISH TIMES.

Cabin in the Mountains