CABLOG: DIARY OF A CABDRIVER 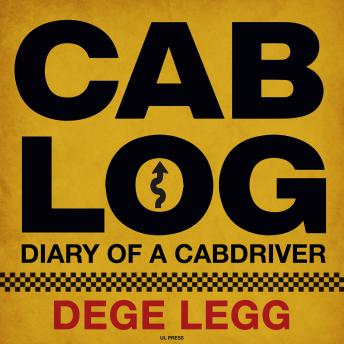 CABLOG (NONFICTION) | A broke and unemployed musician lands a gig driving a cab through the swamplands of south Louisiana while bobbing and weaving through a nighttime world ruled by drugs, guns, saints, and strippers. In this fuel-injected work of creative nonfiction, Grammy-nominated musician and award-winning writer Dege Legg—aka Brother Dege—recounts five years behind the wheel while documenting the underworld of Lafayette and its Cajun and Creole hinterlands from the submarine bubble of his cab. From the penthouse suites on high to the crack houses on the ground, Legg churns out thick-skinned tales about downtrodden derelicts, minor victories for the forgotten, and redemption in the face of it all. CABLOG reverberates with tones of Bukowski, Miller, Chandler, and Kerouac while charting its own new territory of the human spirit.

CABLOG: DIARY OF A CABDRIVER