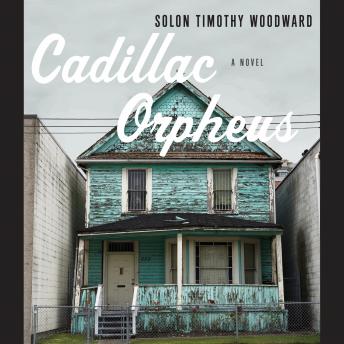 A darkly comic novel of class, struggle, and crime within three generations of an African- American family in the Deep South. Jesmond Toak is a repo man in the fictional town of Johnsonville, Florida. A poor African-American in a hurricane alley on the coast, Jesmond has a troubled relationship with his father, Feddy, who is seeing a white woman who only sleeps with black men. Peaches Richmond, the woman Jesmond loves, is married to a threatening man they all call "Special Ed." And their pastor's gay son, Bayonne, has been implicated in the suicide by gas asphyxiation of his boyfriend, Smullian. As the deaths, disasters, and disappearances mount, Hurricane Aretha approaches. Woodward ties together these unruly plot points with madcap glee and skill; it's not every day one runs across the word "homunculus," references to Kierkegaard, and the phrase "get kronked for Christ!" in the same book. As lyrical as Cormac McCarthy, as sexy as Zane, Woodward has crafted a genre-defying, present-day romp that reveals a side of Florida far removed from Disney World.