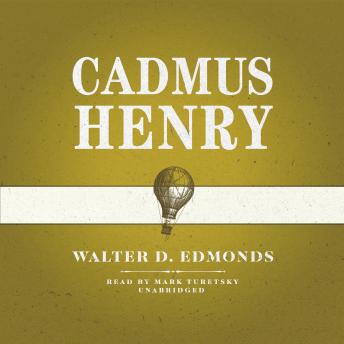 Cadmus Henry, mounted on one of the finest mares in Virginia and perfectly turned out from head to toe, dreams of charging intrepidly into battle under the orders of General Lee himself. Unfortunately, young Cadmus can write and is therefore assigned to a desk. But when an unexpected chance to volunteer for scout duty presents itself, Cadmus jumps at it. He learns too late that that, rather than riding into battle and proving himself a hero, he will be floating over enemy lines in a balloon. Despite his reservations, Cadmus sets out on what proves to be a fine adventure.

“Written with verve and insight, characterized by superior craftsmanship and sound historical knowledge, this story ranks among the best of the author’s works.”—New York Times