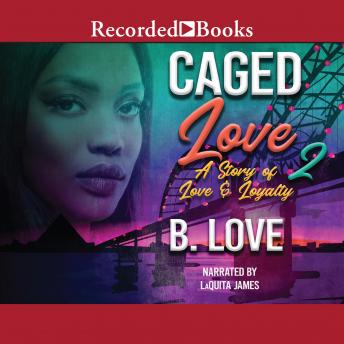 “You said your womb was the workshop of God. A sacred space. What does that make you? That makes you holy. Consecrated. Set apart. For me.”—Canon Woods

He was everything. A reformed drug dealer turned bodyguard who was more than capable of providing and protecting. The perfect mix of holy and hoodlum. With the body of a Greek god, swag that easily left those around him captivated, a
way with words that could stimulate the deepest of minds, and a power that commanded fear and respect … Canon Woods was everything.

There were just two problems. One—he didn’t want commitment. Two— Dynasty Cage wasn’t the only woman with her eyes on him.

After havoc breaks loose at Qwazi’s initiation party, he and Sunshine Cage are out of La Familia, forcing Dynasty to take her place. Dynasty agrees because she sees this as her only chance to get to Amsterdam. The rest of La Familia agrees to
let her go. On one condition. That Canon accompanies her as her bodyguard.

Dynasty’s mind is on La Familia and her current task at hand. The last thing she wants to do is fall for a man who has absolutely no desire to commit to her or anyone else. But that’s exactly what happens. She falls. Hard. And while in
Amsterdam … Canon catches her.

When they return home to Memphis they are met with a common enemy that neither of them were expecting. That, on top of La Familia’s disapproval of their union and Canon’s ex girl, have them thinking what happened in Amsterdam
should’ve stayed in Amsterdam.

Will that be the case? Will their love fizzle out before it truly has a chance to flourish? Or will they throw all caution to the wind and choose love over loyalty?

Read part two of Caged Love to find out!