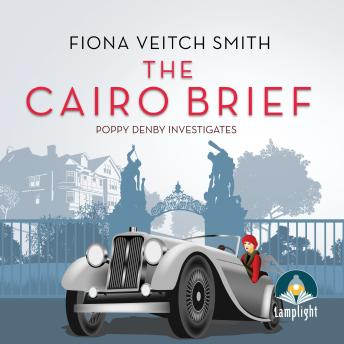 Poppy Denby is intrigued when she is invited to attend the auction for the Death Mask of Nefertiti. Held on the country estate of Sir James Maddox, a famous explorer, the auction promises to be a controversial and newsworthy affair. Representatives from the world's leading museums are gathering to bid on the mask, which was discovered in Egypt. Poppy quickly sniffs out that the mask was not the only thing found that night: the underground chamber also contained a dead body. Poppy and her colleagues from The Daily Globe, who are trying to stay one step ahead of their rivals from The London Courier, dismiss rumours about the mask s ancient curse. But when one of the auction party is murdered, and someone starts stalking Poppy, the race is on to find the killer before the curse can strike again...