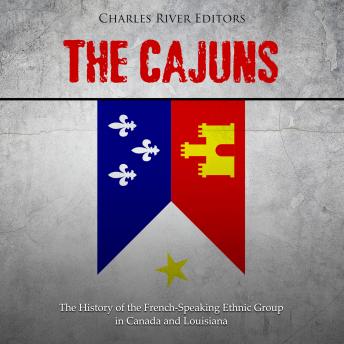 The Cajuns: The History of the French-Speaking Ethnic Group in Canada and Louisiana

Deep within the bayous and swamps of Louisiana resides a population descended from an exodus. These people, called Cajuns or Acadians, were expelled from their homelands. Persecuted and homeless, they traveled hundreds of miles south in search of a new home and ultimately settled in the Pelican State, where they made new lives for themselves free from their British conquerors. Though not always warmly welcomed, they were accepted, allowing them to practice their different culture amidst their new neighbors.
Though their home has changed flags over the centuries, the people themselves have remained, retaining a culture that goes back several centuries. While people continue to assimilate, some have continued to live same lifestyles their ancestors did for generations, and they continue to fascinate outsiders, so much so that they occasionally end up being featured on the History Channel.
The Cajuns: The History of the French-Speaking Ethnic Group in Canada and Louisiana profiles the people, from their origins to their history across North America. Along with pictures of important people, places, and events, you will learn about the Cajuns like never before.

Cajuns: The History of the French-Speaking Ethnic Group in Canada and Louisiana