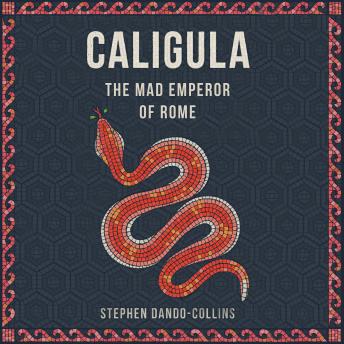 Caligula: The Mad Emperor of Rome

Explore all of the murder, madness and mayhem in Ancient Rome during the reign of the mad emperor, Caligula.
In this book about Rome’s most infamous emperor, expert author, Stephen Dando-Collins chronicles all the palace intrigues and murders that led to Caligula becoming emperor, and details the horrors of his manic reign and the murderous consequences brought about at the hand of his sister Agrippina the Younger, his uncle Claudius and his nephew Nero.
Skillfully researched, Dando-Collins puts the jigsaw pieces together to form an accurate picture of Caligula’s life and influences. Dando-Collins’ precise and thorough examination of the emperor’s life puts Caligula’s paranoid reign into perspective, examining the betrayals and deaths he experienced prior to his time in power and the onset of a near-fatal illness believed to have affected his mental-health.

Caligula: The Mad Emperor of Rome