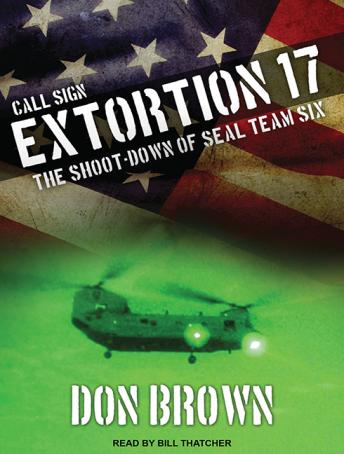 
Were the seven Afghan soldiers aboard that helicopter really undercover Taliban who either maneuvered the chopper within easy range of being shot down or sabotaged it from within? Were the SEALs sacrificed on the altar of political correctness and deliberately flown into a known Taliban hot zone?

Don Brown, a former U.S. Navy JAG officer stationed at the Pentagon and a former special assistant United States attorney, re-creates the wartime action, tells the life stories of the elite warriors our nation lost on that day, and tears apart the official military explanation of the incident contained in the infamous Colt Report, which reveals either gross incompetence or a massive cover-up.