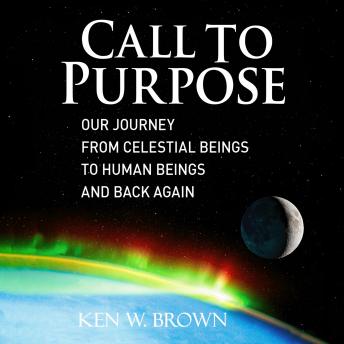 Call To Purpose: Our journey from celestial beings to human beings and back again

When humans became human beings, they never suspected evil existed. Then its web of lies closed, and their murder began.

Yawri is an adventurous being who travels the universe discovering new realities. He comes to Earth, exalts in its glorious creation, and joins with its ever-expanding life. Shahten finds Earth too … but he comes for something else.

Believing in his righteous Way, Shahten skillfully mixes lies with truth and sets an insidious plan in motion.

Both Shahten and Yawri want humans and beings to join together as human beings, but for very different reasons. Now, with the battle of ages at its peak, the fate of Earth, the solar system, and beyond depends on the choices made by human beings struggling to remember who they are.

The novel takes readers into the minds of Yawri and other celestial beings who have no knowledge of evil or even the possibility of deceit. Vivid storytelling conveys the challenges they face to stop something they can’t comprehend. Choosing courage over fear, they must learn how to stop murder without becoming heartless murderers themselves. All the while, Shahten’s prophecy drones, “You will all join me in the end.”

Call To Purpose: Our journey from celestial beings to human beings and back again