Called to Forgive: The Charleston Church Shooting, a Victim's Husband, and the Path to Healing and Peace 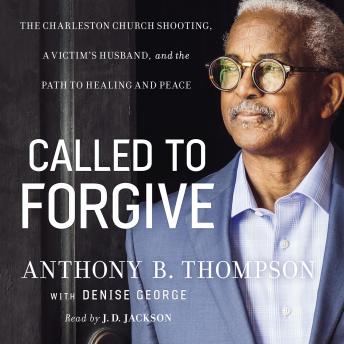 Witness the Power of Forgiveness through the Charleston Church Shooting On June 17, 2015, Dylann Roof, a young white man, attended the Wednesday evening Bible study at the predominantly black Emanuel AME Church in Charleston, South Carolina. An hour later, Roof pulled a concealed weapon and killed nine African-Americans as they prayed, including Myra Thompson, the wife of Reverend Anthony Thompson. Myra's murder devastated Anthony, yet he chose to privately and publicly forgive the shooter. Many in the church and community still struggle to understand Reverend Thompson's deliberate choice to forgive the racist murderer. But as Charlestonians witnessed this incredible act of forgiveness, something significant happened within the community. Instead of the expected racial riots in the aftermath of the shooting, black and white leaders and residents united, coming together peaceably and even showing acts of selfless love. This book is the account of Reverend Thompson's wife's murder, the grief he experienced, and the radical choice to forgive the killer. But beyond that, Reverend Thompson casts a compelling vision of the power of forgiveness to transform our lives--personally, in our communities, and even in our nation. Be inspired by this remarkable story and discover how the difficult decision to forgive can become the key to radical change.

Called to Forgive: The Charleston Church Shooting, a Victim's Husband, and the Path to Healing and Peace

by Anthony B. Thompson, Denise George