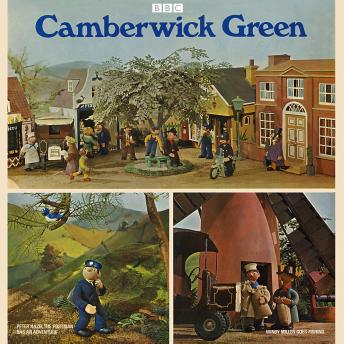 As part of the popular ‘Vintage Beeb’ range, this is a reissue of the classic 1970s vinyl LP. First published by BBC Records and Cassettes, it features two full-length stories read by Brian Cant, with songs from the BBC TV series. Featuring the characters from the popular BBC TV children’s series, the stories are 'Windy Miller Goes Fishing' and 'Peter Hazel the Postman Has an Adventure'. Vintage Beeb: classic albums first available as BBC LPs, now on CD and download for the first time ever. This recording was previously released on LP in 1972 and 1976.