The Camelot Conspiracy: The Kennedys, Castro and the CIA: A Novel 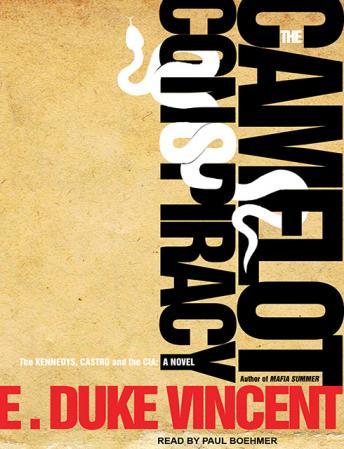 It's 1960, the height of the Cold War, but for Dante Amato of the Chicago mob, life is anything but cold. Charismatic and movie-star handsome, Dante has settled comfortably into his role as the Outfit's man in Hollywood and Vegas. Dante's older brother, Aldo, a CIA agent, couldn't be more disapproving of his brother's life. Yet when Dante is ordered to meet with a beautiful Cuban go-between named Marissa del Valle, and then mob boss Sam Giancana summons him to Miami to discuss a U.S. Government commission to hit the Cuban dictator, Dante's first call is to his brother.

Is it a set-up? Or a chance for the mob to restart the flow of gambling and drug money from Havana? And what about Bobby Kennedy's war against the mob? 'Bobby Kennedy is a snake,' says Jimmy Hoffa to Santo Trafficante. 'And how do you kill a snake? You cut off its head.' As this spellbinding thriller by E. Duke Vincent unfolds, a gripping story emerges, masterfully connecting the dots between the Kennedys, Castro, the mob, the CIA...and the Grassy Knoll.

Camelot Conspiracy: The Kennedys, Castro and the CIA: A Novel