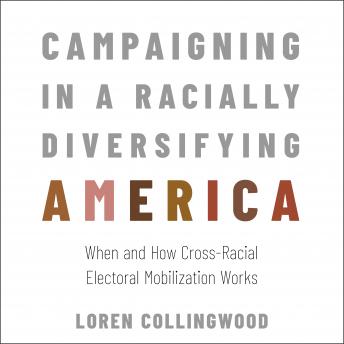 Campaigning in a Racially Diversifying America: When and How Cross-Racial Electoral Mobilization Works

As the voting public continues to diversify across the United States, political candidates, and particularly white candidates, increasingly recognize the importance of making appeals to voters who do not look like themselves. As history has shown, this has been accomplished with varying degrees of success. During the 2016 election, for example, both Hillary Clinton and Bernie Sanders campaigned vociferously among Latino voters in Nevada's early primary, where nineteen percent of the Democratic caucus consisted of Latinos. Clinton released a campaign message to these voters stating that she was just like their abuela (or grandmother). The message, widely panned, came across as insincere, and Clinton, who otherwise performed well among Latinos nationally, lost by a wide margin to Sanders. On the other hand, in 2013, Bill de Blasio, campaigning for mayor of New York City, appeared with his black son in a commercial aimed against stop and frisk policies. His appeal came across as authentic, and he received a high level of support among black voters.

In Campaigning in a Racially Diversifying America, Loren Collingwood develops a theory of Cross-Racial Electoral Mobilization (CRM) to explain why, when, and how candidates of one race or ethnicity act to mobilize voters of another race or ethnicity.

Campaigning in a Racially Diversifying America: When and How Cross-Racial Electoral Mobilization Works