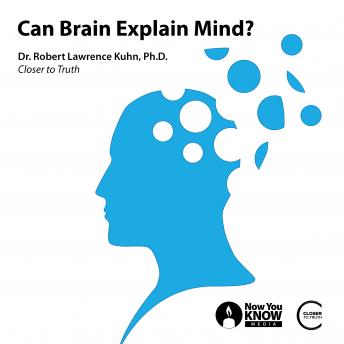 Can our physical brains fully explain the phenomenon of our minds?

The same question that Descartes pondered in the 17th century continues to fascinate philosophers, theologians, and scientists in the 21st. Now, in this engaging three-part series, your host, Dr. Robert Lawrence Kuhn, conducts wide-ranging interviews with 13 leading experts about the relationship between brain and mind. Each episode is crafted as a series of one-on-one interviews that respond to the title question.

Can Brain Explain Mind? features an impressive array of authorities on neuroscience and philosophy, but two in particular stand out: Christof Koch and John Rogers Searle. In some ways, American neuroscientist Christof Koch and American philosopher John Rogers Searle embody two sides of the same coin. Since the early 1990s, Koch has studied consciousness as a scientifically tractable problem. Meanwhile Searle - a prolific and award-winning writer - is noted for his groundbreaking contributions to the philosophies of language, mind, and society. This series gives them the floor.

You'll hear in-depth and balanced arguments from men who have staked their careers on their reasoning. The range of experts, let alone the accomplishments of each, is too much to list here. But listen up for Google's Director of Engineering and for the late Marvin Lee Minsky (1927-2016), who co-founded MIT's AI laboratory (where the aforementioned Christof Koch worked after earning his doctorate in nonlinear information processing). Now is your chance to explore the most pressing questions of this day in age with a chorus of leading experts.

Note: This audio series was originally produced by Closer to Truth - the television series created, written, and hosted by Dr. Robert Lawrence Kuhn and co-created, produced, and directed by Peter Getzels.