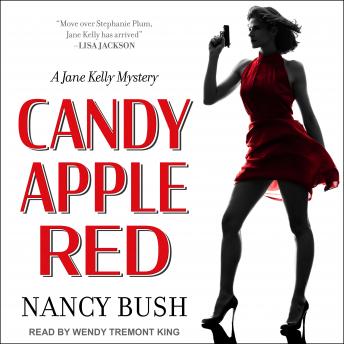 Jane Kelly is through following men. She left Southern California for the murky quaintness of Lake Chinook, Oregon, apparently so she could trade her bartending skills for much more glamorous work as a process server. And the boyfriend, of course, is long gone. But things have been looking a little brighter lately. Her hobby doing PI work is kind of fun, especially when she lands a real case-that pays real money.

But the case is about Bobby Reynolds, best friend of Tim Murphy, the only guy she's never gotten over. Everyone except Tim believed Bobby murdered his young family-isn't that why he vanished? Now Tim's coming home and Jane's on her way to talk to Bobby's father. Looks like Jane'll be trailing men after all-this time with a tape recorder and a camera. To top it off, she's being trailed by a homely pug named Binky, left to her by a distant relative. With a job she's learning as she goes along and her ex back in town, Jane's life just went from stress-free to completely stressed-out. And then there's the dead body . . .