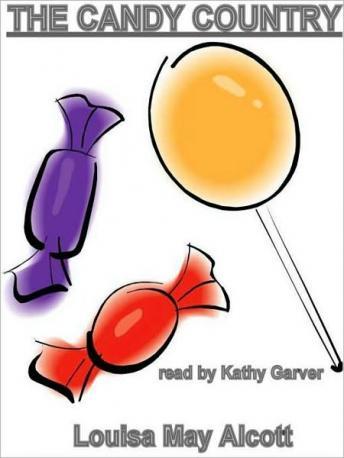 In this gem of a story, The Candy Country, little Lily discovers that arriving in a magical country where everything is made of sweets is not the wonderland she had first thought. The story is a poignant example of the strong educational and moral influence that Louisa May Alcott's father had her life and her writing. Louisa May Alcott (1832-1888) was an American novelist. She is best known for the novels Little Women, published in 1868, and Little Men. Due to the family's poverty, she began work at an early age as an occasional teacher, seamstress, governess, domestic helper, and writer - her first book was Flower Fables (1854). As she grew older, she developed as both an abolitionist and a feminist. A lesserknown part of her work are the passionate, fiery novels and stories she wrote, usually under the pseudonym A. M. Barnard, such as A Long Fatal Love Chase (1866). Alcott also produced moralistic and wholesome stories for children, and a semi-autobiographical tale Work (1873). In her later life, Alcott became an advocate of women's suffrage and was part of a group of female authors during the Gilded Age to address women's issues in a modern and candid manner. Despite worsening health, Alcott wrote through the rest of her life. Kathy Garver is best known for her role as "Cissy" in the CBS prime time hit, "Family Affair," one of the most enduring television shows of the 1960s. She has also performed in countless films, including The Ten Commandments, Apollo 13, Parenthood, and Backdraft, and has narrated several audiobooks.

This title is due for release on July 29, 2015
We'll send you an email as soon as it is available!