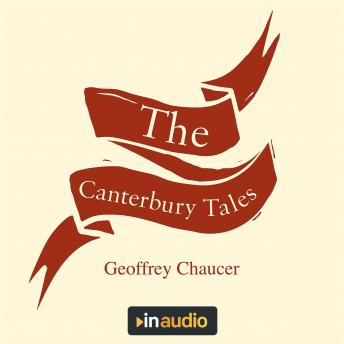 Thought to have been born in London, England c. 1342/43, Geoffrey Chaucer is considered 'the first finder of our language' even before the time of Shakespeare. His The Canterbury Tales ranks as one of the greatest poetic works in the English language. Perhaps the chief characteristics of Chaucer's works are their variety in subject matter, genre, tone, style, and in the complexities presented concerning man's pursuit of a sensible existence. Yet his writings also consistently reflect an all-pervasive humor, combined with serious and tolerant consideration of important philosophical questions. From his writings Chaucer emerges as a poet of love, both earthly and divine. His stories lead the listener to speculate about man's relationship both to other people and to his Maker, while simultaneously providing entertaining views of the frailties and follies, as well as the nobility, of mankind.