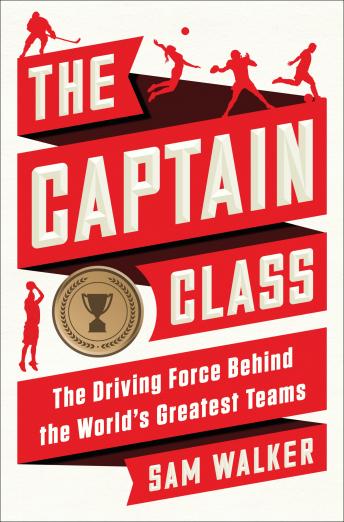 The Captain Class: The Hidden Force That Creates the World's Greatest Teams

A bold new theory of leadership drawn from elite captains throughout sports—named one of the best business books of the year by CNBC, The New York Times, Forbes, strategy+business, The Globe and Mail, and Sports Illustrated

“The book taught me that there’s no cookie-cutter way to lead. Leading is not just what Hollywood tells you. It’s not the big pregame speech. It’s how you carry yourself every day, how you treat the people around you, who you are as a person.”—Mitchell Trubisky, quarterback, Chicago Bears

The sixteen most dominant teams in sports history had one thing in common: Each employed the same type of captain—a singular leader with an unconventional set of skills and tendencies. Drawing on original interviews with athletes, general managers, coaches, and team-building experts, Sam Walker identifies the seven core qualities of the Captain Class—from extreme doggedness and emotional control to tactical aggression and the courage to stand apart. Told through riveting accounts of pressure-soaked moments in sports history, The Captain Class will challenge your assumptions of what inspired leadership looks like.

Praise for The Captain Class

“If you care about leadership, talent development, or the art of competition, you need to read this immediately.”—Daniel Coyle, author of The Culture Code

“The insights in this book are tremendous.”—Bob Myers, general manager, Golden State Warriors

“An awesome book . . . I find myself relating a lot to its portrayal of the out-of the-norm leader.”—Carli Lloyd, co-captain, U.S. Soccer Women’s National Team

“A great read . . . Sam Walker used data and a systems approach to reach some original and unconventional conclusions about the kinds of leaders that foster enduring success. Most business and leadership books lapse into clichés. This one is fresh.”—Jeff Immelt, chairman and former CEO, General Electric

“I can’t tell you how much I loved The Captain Class. It identifies something many people who’ve been around successful teams have felt but were never able to articulate. It has deeply affected my thoughts around how we build our culture.”—Derek Falvey, chief baseball officer, Minnesota Twins