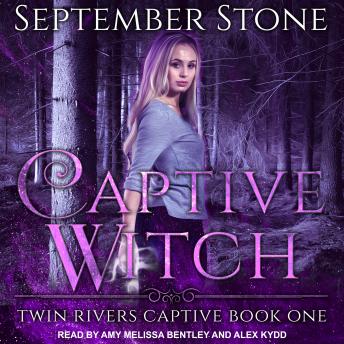 A powerful witch. Four unlikely guardians. A curse that will create an unstoppable monster.

Enslaved for years by a powerful crime lord, Bryn has been forced to harness her elemental magic to create vile potions that have harmed countless supernaturals.

When the compound she's called home is attacked, Bryn escapes and tastes freedom for the first time in more than a decade.

But when the sins of her past race to catch up with her, she realizes a taste might be all the freedom she's destined for. Bryn's unusually strong earth magic puts a target on her back, and when she's hit with a deadly curse, her only hope comes in the form of four dangerously sexy supernaturals.

Taj, the fire-affinity witch who worked as her jailer. Poe, a panther-shifter assigned to bring in Bryn for a bounty. Silas, a daemon with a dark past. And Calder, a telekinetic and Bryn's first love.

If the five of them can't work together, the curse will claim Bryn's life and her magic. If that happens, it will spell disaster for supernaturals everywhere.