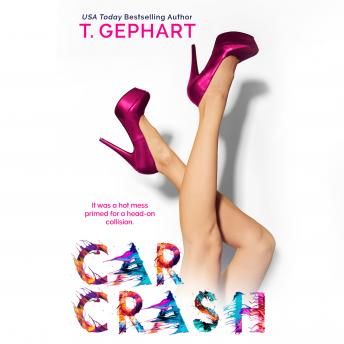 Kitty was not only beautiful but also incredibly intelligent—except when it came to relationships. It seemed if a guy was a loser, corrupt, deadbeat, or unavailable, she was completely and utterly attracted to him. She definitely had a “type,” and all of them had been one bad decision after another.Dallas had trouble of his own. Finding women wasn’t a problem—he could charm the pants off almost anyone—but most of those “pantless” women ended up being a few bananas short of a fruit basket...not always the best candidates for his sex-without-strings philosophy. He was one date away from ending up on a 60 Minutes special.While both of them were at the top of their game professionally—she, a high-powered executive assistant, and he, one of the best tattooists in the city—their personal lives had become a dumpster fire.No one in their right mind would have suggested they join forces to help each other wade through the crazy. Surely that’d be a recipe for disaster? But without reason, logic, or even sanity on their side, they decided to do it anyway.