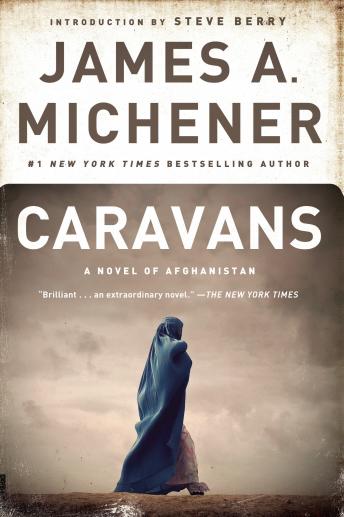 Caravans: A Novel of Afghanistan

First published in 1963, James A. Michener’s gripping chronicle of the social and political landscape of Afghanistan is more relevant now than ever. Combining fact with riveting adventure and intrigue, Michener follows a military man tasked, in the years after World War II, with a dangerous assignment: finding and returning a young American woman living in Afghanistan to her distraught family after she suddenly and mysteriously disappears. A timeless tale of love and emotional drama set against the backdrop of one of the most important countries in the world today, Caravans captures the tension of the postwar period, the sweep of Afghanistan’s remarkable history, and the inescapable allure of the past.

“Romantic and adventurous . . . [Michener] has a wonderful empathy for the wild and free and an understanding of the reasons behind the kind of cruelty that goes with it.”—Newsday

“Michener has done for Afghanistan what . . . his first [book] did for the South Pacific.”—The New York Herald Tribune

Caravans: A Novel of Afghanistan