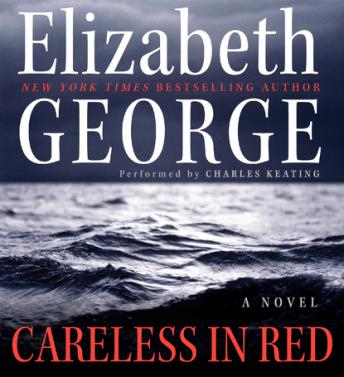 In her most eagerly anticipated novel yet, Elizabeth George brings back Scotland Yard's Thomas Lynley to investigate a ruthless crime.

After the senseless murder of his wife, Detective Superintendent Thomas Lynley retreated to Cornwall, where he has spent six solitary weeks hiking the bleak and rugged coastline. But no matter how far he walks, no matter how exhausting his days, the painful memories of Helen's death do not diminish.

On the forty-third day of his walk, at the base of a cliff, Lynley discovers the body of a young man who appears to have fallen to his death. The closest town, better known for its tourists and its surfing than its intrigue, seems an unlikely place for murder. However, it soon becomes apparent that a clever killer is indeed at work, and this time Lynley is not a detective but a witness and possibly a suspect.

The head of the vastly understaffed local police department needs Lynley's help, though, especially when it comes to the mysterious, secretive woman whose cottage lies not far from where the body was discovered. But can Lynley let go of the past long enough to solve a most devious and carefully planned crime?