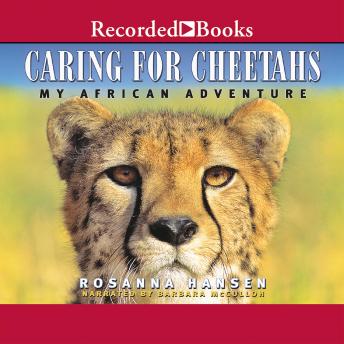 There is no animal in the world that can run faster than a cheetah. Yet no matter how quickly they run from trouble, cheetahs may not roam the African plains forever. They have lost much of their habitat to farmland, and some are killed by farmers who worry about their livestock. But cheetahs have important friends-like Dr. Laurie Marker and the Cheetah Conservation Fund in Namibia. The CCF saves injured and orphaned cheetahs that would die if they were left in the wild. They even have a tame cheetah named Chewbaaka! With the CCF helping to preserve these amazing cats, the 12,000 or so left in the world have a fighting chance to survive. Veteran publisher, author, and editor Rosanna Hansen-who spent time working at the CCF-shares the fascinating story of cheetah preservation in this book young readers will find irresistible. '. a positive message to students about unique ways to care for the environment and the creatures who inhabit it.'-Children's Literature