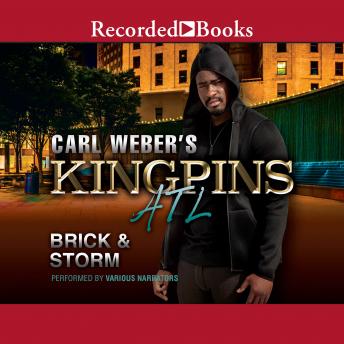 The saying goes you shouldn't bite the hand that feeds you, but maybe you should if that same hand prevents you from feeding yourself. Every territory has a King and Metro Atlanta is no exception. They have two. Gang Lords Blanket and Guerilla have been ruling the game with iron fists. Long ago, they decided that neither would cross into the other's territory and all would be well. Things change when Guerilla breaks the rules. Blanket retaliates swiftly, causing a turf war like never before. The two madmen leave bloodshed, murder, and mayhem in their wake. Caught in the middle of this battle, from different sides of the track, are London and Saint. Spoiled rich Roanoke girl London Royal is no exception to the old saying, 'every girl loves a bad boy and his bad ways'. When she visits the downtrodden Jonesboro neighborhood of Goodman with her best friends, her privileged world changes drastically with one party and later a tow-truck pick up by bad boy Santana Black. Santana 'Saint' Black is anything but a saint. Caught up in the drug game, Saint is a runner and enforcer for Blanket. The blood on his hands can never be washed away. Not to mention he's from the wrong side of the tracks to have his sights set on London. Can they find love in the middle of a war, or will both fall victims to the game of the streets? A modern day Romeo and Juliet mixed with murder, drugs, and mayhem, the story of The Black Royals in Carl Weber's Kingpins Series, the ATL edition will leave you on the edge of your seat.