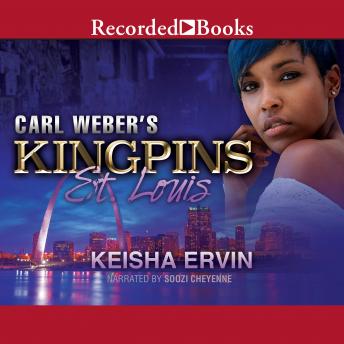 The untimely death of St. Louis Kingpin, King David, has left a vacuum in the underworld. He leaves behind his vast empire to his surviving heirs, David Jr. and Davita. Born barely one year apart, they were raised in very different worlds. David Jr. is college educated. His mother always pushed him to do the best he could so he could one day legitimize and run the East St. Louis crime family. She thinks she's above and beyond the game. All she wants is the money that she believes she and her son are due. Davita, born to and of the streets, was also raised by a money-loving momma, but her mother taught her a different set of rules. Davita has been raised to use anybody and everything to get that money by any means necessary. She has embraced the business of the streets, and she is ready to ascend to the throne that her father has unexpectedly left behind. The question remains: will the family ties that bind keep the families together, or will sex, greed, drugs, and their mothers' divisive ways tear it all to hell, bringing St. Louis down with them? David Jr. and Davita have decisions to make!