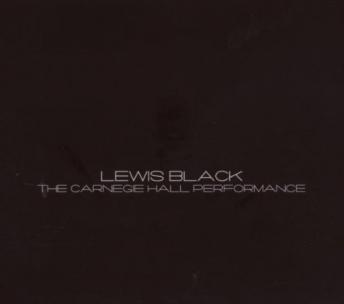 As "America's Foremost Commentator On Everything", Black is a weekly political commentator on Comedy Central's "The Daily Show With Jon Stewart" and has starred in four top-rated comedy specials for the network. He's one of the nation's top standup comics and has done numerous films and TV appearances (Caroline's Comedy Hour, Evening At The Improv, The A List, Love From Tompkins Square Park, Comic Cabana, Make Me Laugh, Comedy Showcase, Friday Night, and more), and is seen regularly on Late Night With Conan O'Brien. His first two CDs are consistent sellers. This is his biggest launch to date