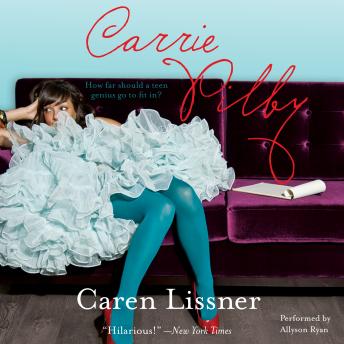 3. Go on a date (with someone you actually LIKE!)

4. Tell someone you care (your therapist DOESN'T COUNT!)

5. Celebrate New Year's (with OTHER PEOPLE!)

Seriously? Carrie would rather stay in bed than deal with the immoral, sex-obsessed hypocrites who seem to overrun her hometown, New York City. She's sick of trying to be like everybody else. She isn't! But when her own therapist gives her a five-point plan to change her social-outcast status, Carrie takes a hard look at herself—and agrees to try.

Suddenly the world doesn't seem so bad. But is prodigy Carrie really going to dumb things down just to fit in?