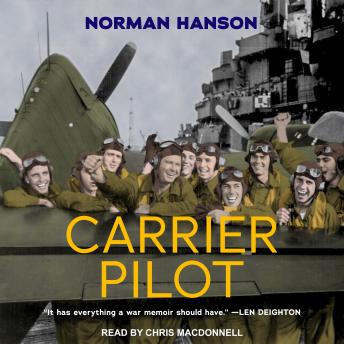 In 1942 Norman Hanson learned to fly the Royal Navy's newest fighter: the U.S.-built Chance Vought Corsair. Fast, rugged, and demanding to fly, it was an intimidating machine. But in the hands of its young Fleet Air Arm pilots it also proved to be a lethal weapon.

Posted to the South Pacific aboard HMS Illustrious, Hanson and his squadron took the fight to the Japanese. Facing a desperate and determined enemy, Kamikaze attacks, and the ever-present dangers of flying off a pitching carrier deck, death was never far away.

Brought to life in vivid, visceral detail, Carrier Pilot is one of the finest aviators' memoirs of the war; an awe-inspiring, thrilling, sometimes terrifying account of war in the air.