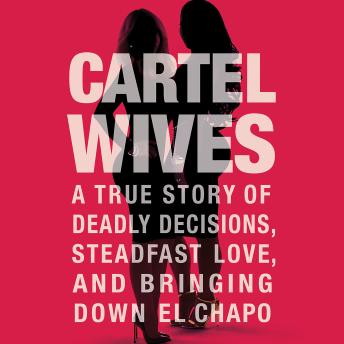 An astonishing, revelatory, and redemptive memoir from two women who escaped the international drug trade, with never-before-revealed details about El Chapo, the Sinaloa Cartel, and the dangerous world of illicit drugs.

Olivia and Mia Flores are married to the highest level drug traffickers ever to become US informants. Their husbands worked with--and then brought down--El Chapo, as well as dozens of high-level members of the Mexican cartels. They had everything money could buy: luxury cars, huge houses, and expensive jewelry--but they chose to give it all up when they cooperated with the US government. They knew that life was about more than wealth; it was about love, family, and doing what's right. Cartel Wives is a love story, a 'Married to the Mob' story, an insider's look into the terrifying but high-flying empire of the new world of drugs, and, finally, the story of a major DEA and FBI operation.