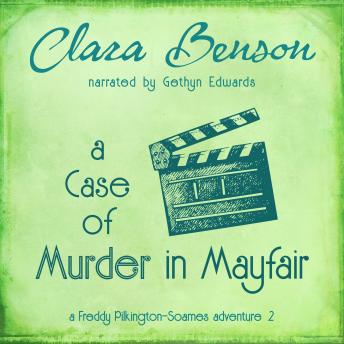 A Case of Murder in Mayfair

When Hollywood star Dorothy Dacres plummets six floors from her hotel terrace on the night of her greatest triumph, it initially looks like a tragic accident. But her death is so very convenient to her many enemies that press-man Freddy Pilkington-Soames, who was there on the night she died, begins to suspect foul play. And when cocaine is found in her room, it only complicates matters further.
Soon, Freddy is chasing across London on the trail of drug dealers, in reluctant company with his deadly rival, Corky Beckwith, the most unscrupulous reporter in Fleet Street, who will do anything for a story. With the future of a film studio at stake, can Freddy find the culprit - and get one up on Corky - before he becomes the killer's next victim?

Case of Murder in Mayfair