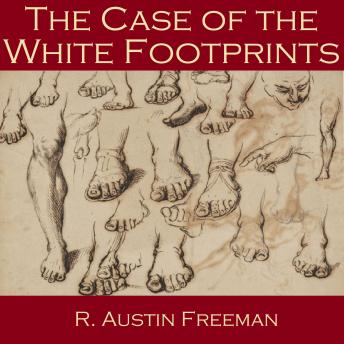 The Case of the White Footprints

Richard Austin Freeman (1862-1943) was a British writer of detective stories, mostly featuring the medico-legal forensic investigator Dr. Thorndyke. Freeman used some of his early experiences as a colonial surgeon in West Africa in his novels.

The Case of the White Footprints is a murder mystery set in Margate.

A lady has been found dead in her room in a boarding house. At first glance it looks like a clear case of suicide, but then the two doctors attending the death spot a set of white footprints in paint on the red linoleum of the floor. As the house is currently being repainted, and the window-sills were still covered in wet paint, it is clear that the woman has been murdered by someone who entered and left through the window.

Moreover, the footprints have some strange peculiarities. They are bare footprints...and on both feet it appears that the little toe is missing. When Dr. Thorndyke is called onto the case these extraordinary footprints lead him immediately to the track of the murderer.

Case of the White Footprints