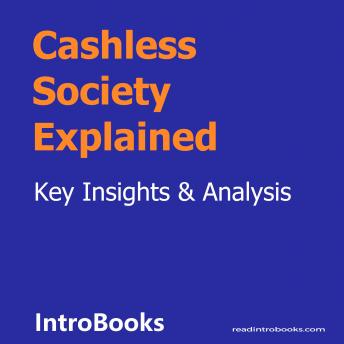 A cashless society defines an economic environment in which financial transactions are not performed through money by way of bank currencies or coins, but rather by exchanging digital data (typically an electronic expression of money) between the transacting parties. Cashless societies have had come into being since the time of the evolution of human civilization, based on barter and other trading practices, and cashless transfers have now become viable in modern times, leveraging digital currencies, including bitcoin.

However, one tends to explore and focus on the concept of a cashless society in the context of moving towards a society where cash is substituted by its digital counterpart, i.e., legal tender money, which is captured, and only transmitted in digital electronic format. Such a theory has been discussed at length, notably as the world is undergoing a substantial and phenomenal use of digital ways of capturing, controlling, and transacting in trade, investment, and day to day life in several parts all across the globe and transactions that would have traditionally been conducted with cash are now often executed electronically or digitally.