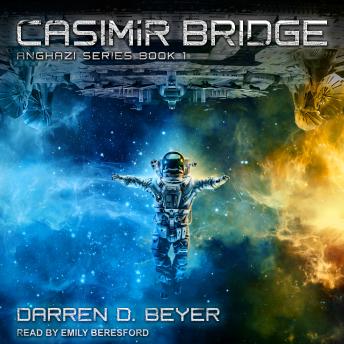 A nuclear terror plot is thwarted just outside Washington, D.C. And it's an election year. Mandisa 'Mandi' Nkosi is a young reporter who, while on a trip to Johannesburg to connect with her roots, is contacted by an anonymous source with evidence that material seized from a nuclear terror plot will point squarely at one of humanity's most important companies as the supplier. The source also unveils that the 'evidence' against the company-Applied Interstellar Corporation (AIC), a science and technology behemoth with more corporate and political foes than can be counted-is a setup, and part of a plot to destroy AIC and gain control of its technological secrets. The deeper Mandi digs, the more of a target she becomes.

What follows is a heart-pounding, unforgettable ride through the hallowed halls of big government, far-flung star systems, and the revelation of a conspiracy that runs so deep, Mandi's life, and the future of humanity, are put at stake.