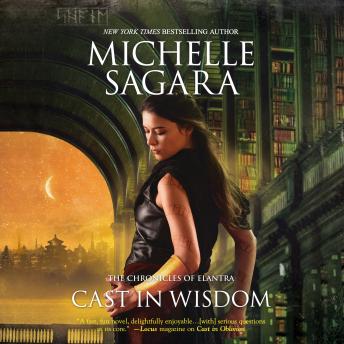 SOMETHING IS WAKINGThe fiefs that exist at the heart of the city of Elantra are home to sentient Towers that guard the world against the incursion of Shadow. But between the fiefs exists the gray world of the border zone. In it, geography changes between one passage across a border and the next. The rules of magic are different there—and yet somehow familiar to Kaylin Neya.

When a Shadow escapes, Kaylin must find out how…and why. If Shadows can breach the barrier erected by the Towers, the whole of Elantra will be devoured. It’s happened on other worlds. Bellusdeo, Kaylin’s Dragon companion, absolutely believes it can happen on theirs.

The border zone holds secrets and ancient histories, and people are gathering there in search of its power. Without even understanding what that power is, or why it exists, Kaylin is in a desperate race against time to find those secrets first. She doesn’t know who her enemies are. She doesn’t know how many she’ll face. But she won’t face them alone.