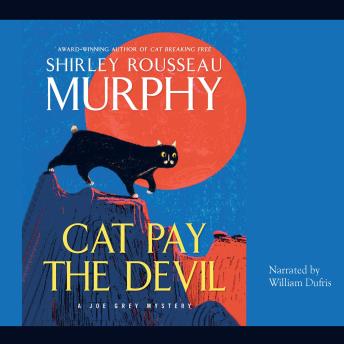 #12 of The Joe Grey Mysteries

Nestled quietly on the Pacific Coast below San Francisco, Molena Point is a quaint hamlet—not the kind of place an escaped convict would choose for a hideout. But it just happens to be the home of a state's witness who put a thief named Cage Jones behind bars—until he broke out, that is. Wily tomcat Joe Grey senses trouble is on the way, but he never expected a federal officer would be shot or that two locals would be brutally murdered. With danger closing in, the feline detective, his girlfriend Dulcie, and their tattercoat friend Kit—an indomitable trio with special powers that only a few select humans are privy to—must put paws and whiskers together to capture a very nasty criminal before he strikes again.