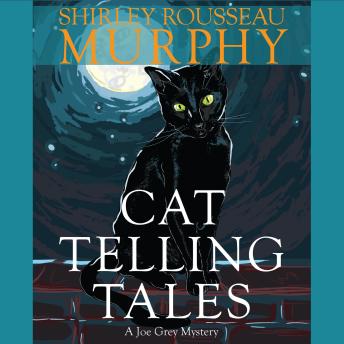 #17 of The Joe Grey Mysteries

Even the bright seaside village of Molena Point has been hit hard by the economic downturn. Sadly, former residents haven't just left their homes; they've abandoned their pets, too. Luckily, Joe Grey's human friends have joined together to care for the animals. But just as one problem is solved more arise. A suspicious fire leaves a twelve-year-old boy homeless when the body of his alcoholic elderly guardian is discovered in the smoldering ruins. Then, a woman with two children appears on the Damen doorstep, claiming to have no money and nowhere else to go. The experienced Joe Grey smells a rat, and will work his paws off to prove it. Scratching out clues, he and his PI posse follow a trail that lead to a scam involving a group of shady real estate agents. When a realtor goes missing, Joe suspects the mysteries are connected. And just when the Damen household is filled to capacity, another stray arrives with answers ... and the possibility of true love for the adventurous tortoiseshell Kit.